What is a Storyboard? Why?

Create a storyboard - it’s like the rough draft for a video!

Developing video or multimedia projects without storyboarding is like trying to go someplace you’ve never been without directions. Storyboarding is an essential tool for planning any multimedia (including Website design) or video production. Using a storyboard will reduce production time and frustrations.

What is a storyboard?  Think of the storyboard as a visual script, which acts as a blueprint for the “look” of the completed project. What will you see on the computer screen or on a television? A storyboard shows not only the individual shots (in the case of a video) or screens (for computer-based multimedia), but the sequence as well. Storyboards come in many shapes and sizes, depending on the project requirements, the director, and the storyboard artist.

Directions: Grab a storyboard sheet (or sheets). Number each of the shots, and include brief captions describing such things as the action, how long the shot lasts, and camera movements and/or your voiceover “script.” 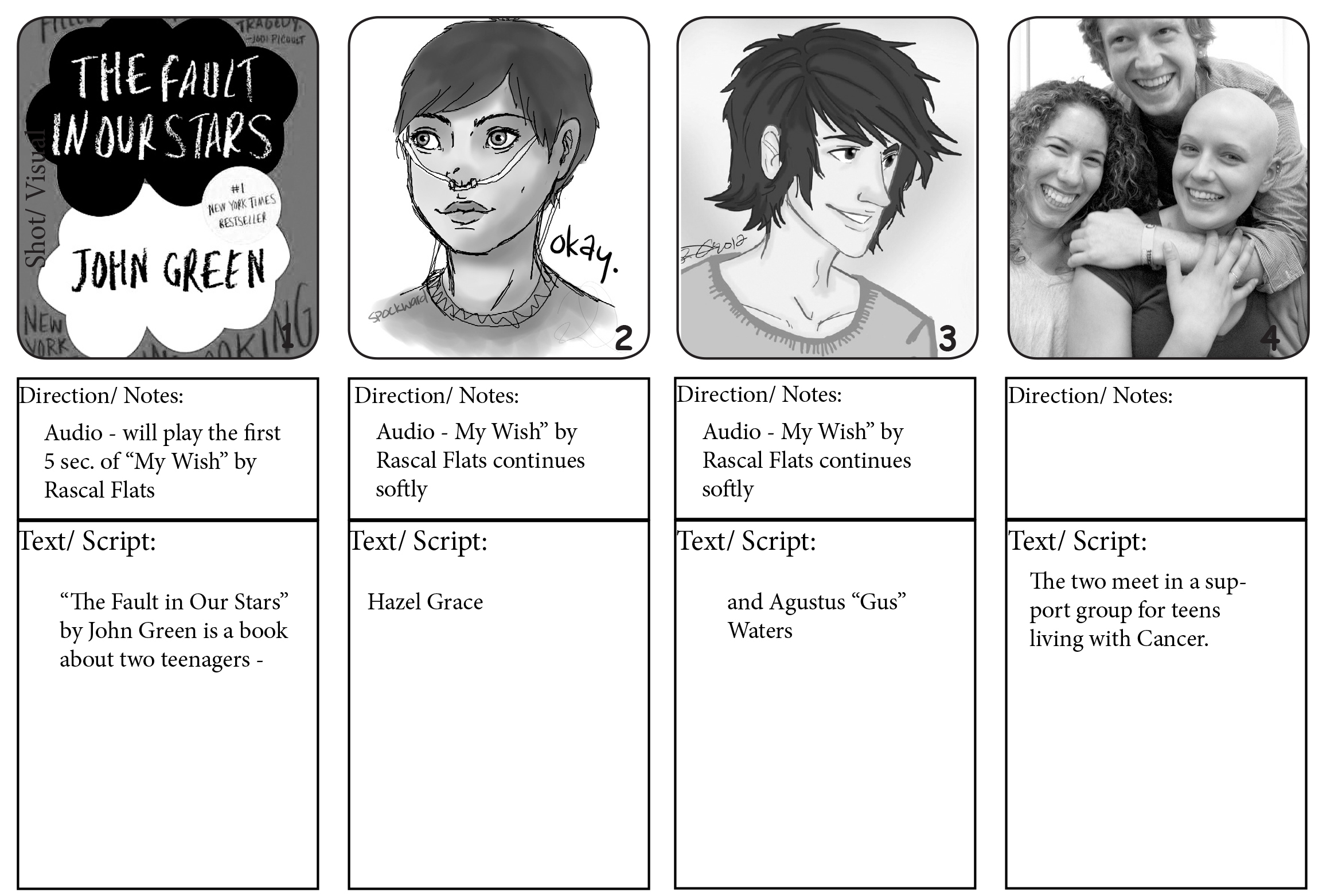