This guide is intended as a research tool to help you locate background information, books, articles, and internet/web links on the Harlem Renaissance.

Rhapsodies in Black: Art of the Harlem Renaissance

This site is a brief introduction to this exhibition by the Haywood Gallery in London. 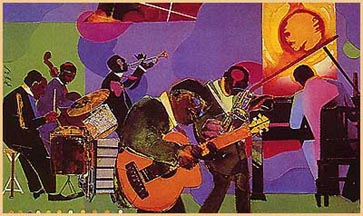 the Archives of American Art