This guide is intended as a research tool to help you locate background information, books, articles, and internet/web links on the Harlem Renaissance.

The Crisis : A Record of the Darker Races

The Official Newspaper of the NAACP

Below are some influential women who gave voice to the New Negro Movement known as the Harlem Renaissance.

Select an author and listen to their poetry. 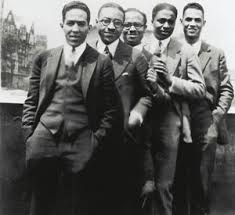 Pictured here are Langston Hughes [far left] with [left to right:] Charles S. Johnson, E. Franklin Frazier, Rudolph Fisher and Hubert T. Delaney, on a Harlem rooftop on the occasion of a party in Hughes' honor, 1924. 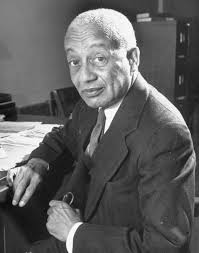 Literary Timeline of The Harlem Renaissance

A full hour documentary on Langston Hughes who is among the most versatile and prolific of modern American authors. Assembled by Alain Locke, this is the March 1925 issue.

On the Harlem Newsstand

This magazine published from 1923 to 1949 aimed at giving a voice to black culture which had been neglected by mainstream American publishing. 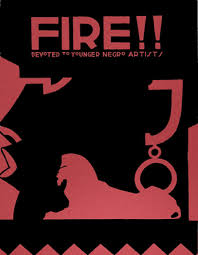 Short lived Literary and Artist Magazine is published in 1926.

Authors of the Renaissance 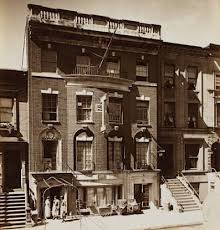 The home of A'Leila Walker's home where artists would gather to keep them motivated often called an Artist Salon.